This week in VIP class: Fish, Water, and Food 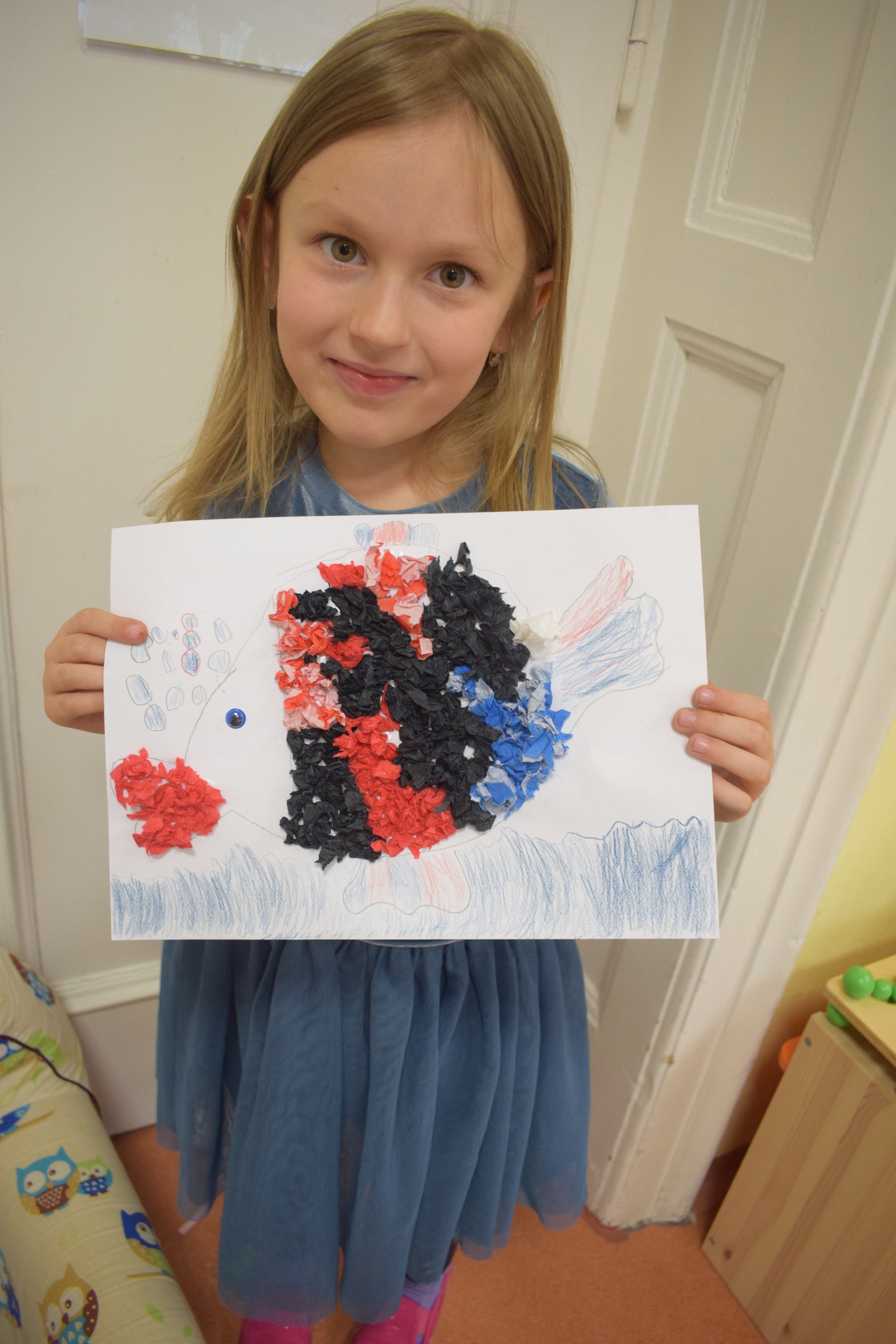 This week in class the children learned about fish and marine life, designing their very own fish with paint and pieces of tissue paper. The children were also encouraged to distinguish between saltwater fish in the ocean and freshwater fish in rivers and lakes. We also learned a new song about fish, and played a new game called Fish Hunting. In English class, we continued working with places: forest, city, park, factory, ocean; and we identified the types of things we would typically see in each environment. The kids were very interested in fish this week from their lessons, so we talked about whales, octopus, dolphins, sharks, and others. This week in English the children were also introduced to different foods, namely fruits and vegetables. The children were asked to name the food and tell whether it was a fruit or a vegetable, as well as where it comes from, such as apples from trees and grapes from grapevines.