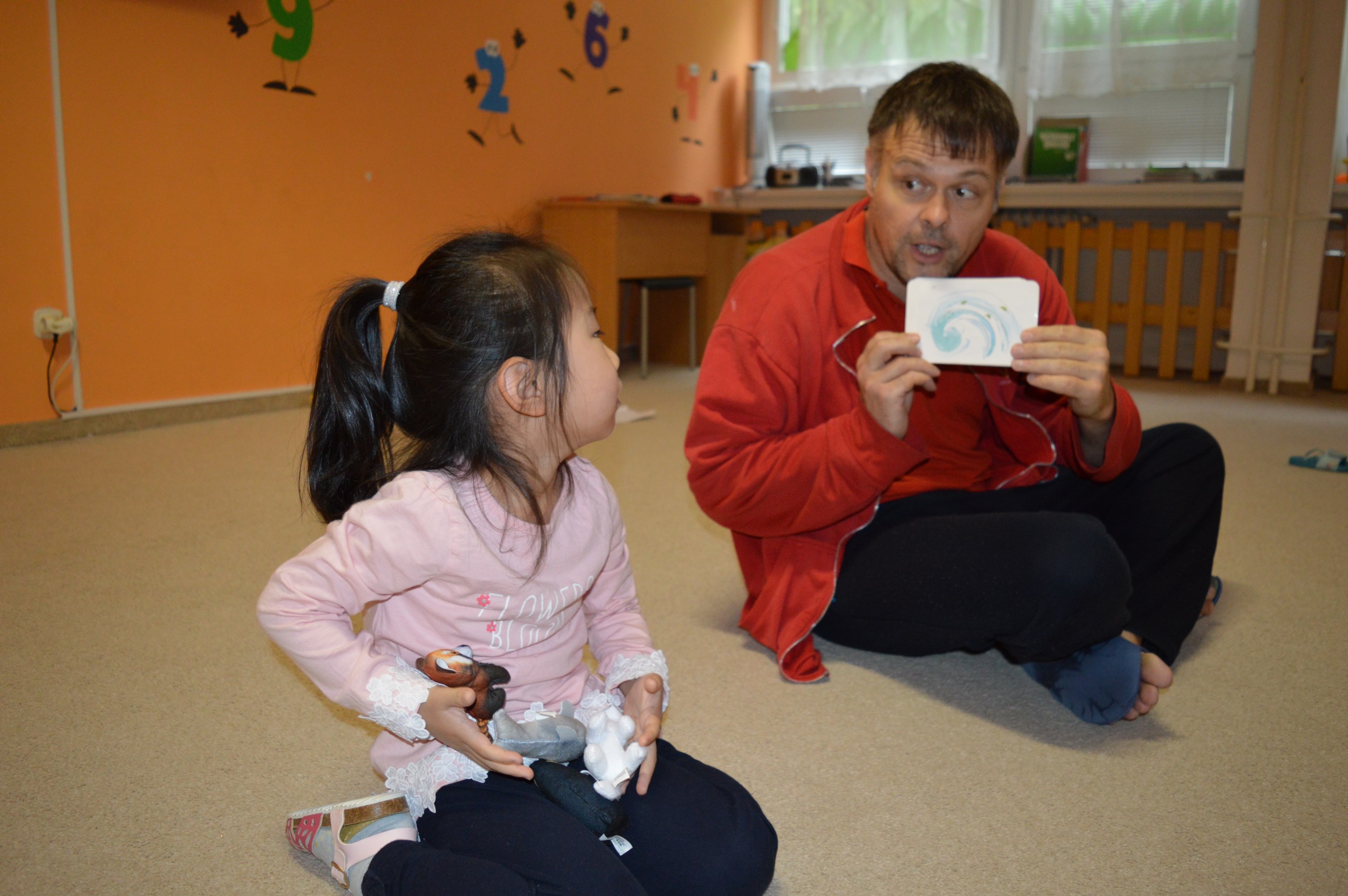 The topic was ‚Weather.‘  The children learned how to identify, and how to say, the following: rain, clouds, thunder, sun, snow, wind. They later elaborated them into ‚rainy‘ and ‚cloudy‘ etc.

The children learned the song ‚Little Little Spider,‘ which incorporated ‚sun‘ and ‚rain.‘ In czech block we spoke about flowers. Because it was a wet day, the students stayed inside. They played with various toys, most notably were the sound-connecting blocks. In the afternoon, the children played with wooden puzzles and ball-rolling building blocks.